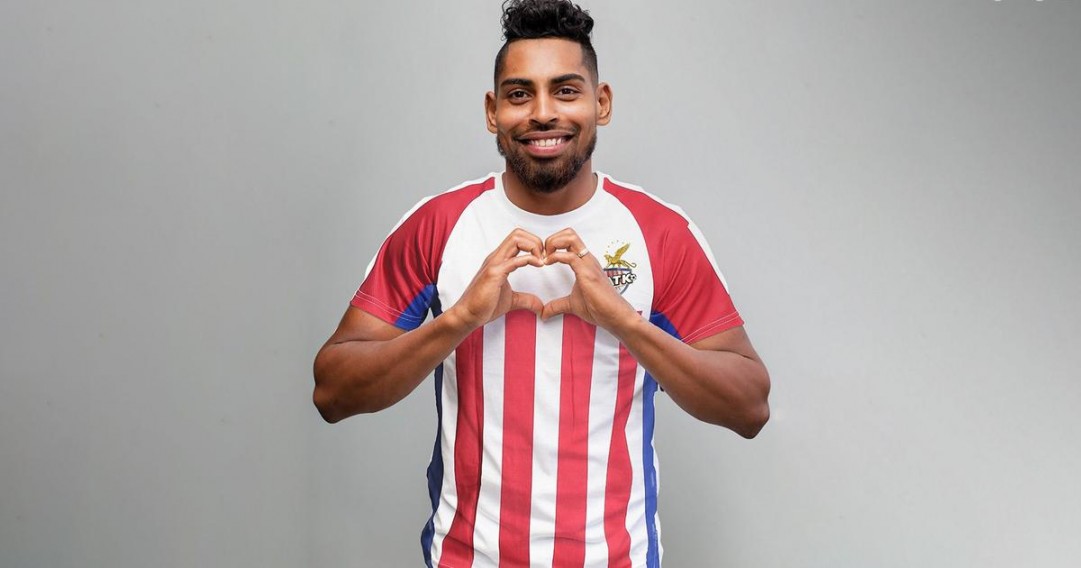 The ISL,now being the de facto Top Division of Indian Football, will soon be the talk of the town as the Indian Football season is set to kick-off within a few months. With clubs starting to take youth football seriously and the AIFF releasing several of its players from the Arrows Project, the ISL clubs have quickly signed them on long-term contracts worth a handsome sum of salaries.

Let us have a look at the Top 5 Players to look out for in the upcoming Indian Super League :

Sahal Abdul Samad is one guy who is the epitome of perfected destiny. Many would not know but he arrived late in the 2018 Santosh Trophy Trials for Team Kerala but somehow was allowed to showcase his talent and that is when he broke the Indian Football News headlines and took people in Kerala by storm. He made it to the Kerala Squad and eventually to the Kerala Blasters Roster in the 2017-18 season. He was initially drafted to the Reserves but eventually made it to the main team as the season progressed.

The Indian Football fraternity got to witness Sahal Abdul Samad’s real talent when he was promoted to the first team by Rene Meulenstein in 2018. He was then a regular in the 2018-19 season and got 17 games under his belt and scored his first Club goal against Chennaiyin FC at home in Kochi in February, 2019.

Sahal continued his progress and made it to the King’s Cup Squad and made his India debut against Curacao in a 3-1 loss. Sahal made a great impact on the Indian Football fraternity with his quick turns and twists coated by sheer skills and trickery. Sahal, if goes on getting regular games in the ISL and the National Team is sure to go on and become one of India’s greatest midfielders in the recent few years.

Amarjit Singh with his stint with Indian Arrows has earned the tag of calm and composed midfielder over time. He was part of the AIFF Elite Academy Batch for U17 World Cup and made it to the World Cup Squad as a Captain. After a brilliant performance in the center of midfield, Amarjit was drafted into the revamped Arrows Project in the I-League. Amarjit Singh Kiyam made his professional debut against Chennai City FC in the 2017-18 I-League against Chennai City which the Arrows went on to win 3-0. After plying his trade with the Arrows for two seasons, he has been picked by Jamshedpur FC.

Amarjit Singh Kiyam also made his International debut against Curacao in a 3-1 loss in Thailand. Singh is a workaholic at the midfield and his work rate will be crucial for Jamshedpur FC to do the covering up at the back and to regain lost balls. Amarjit Singh also has a good sense of passing and will be helpful for the other midfielder in Memo to play his natural game.

Graduating from the Chandigarh Football Academy after being recommended by his brother Gursimrat Gill, the young-goalkeeper is now part of Bengaluru FC as second-fiddle to Gurpreet Singh Sandhu. Prabhusukhan Gill was also part of the esteemed U17 World Cup Squad but failed to get any game time as he was the second choice goalkeeper to Dheeraj Singh Moirangthem. Gill, however was rewarded for his patience after Dheeraj left Indian Arrows for a pursuit in Motherwell SC and Kerala Blasters. Gill made his professional debut against East Bengal and ended up conceding 2 goals early in the game.

However, the Arrows Head Coach Luis Norton de Matos was impressed by Gills’ acrobatics and protected him from any early criticism. Gill has a good physique, identical to the Bengaluru FC no.1 Gurpreet Singh Sandhu and is just about the perfect backup between the sticks for Bengaluru. Sandhu has been misfiring and conceding too many goals lately and Gill could be Sandhu’s perfect replacement if needed.

Born in Punjab. Made in Punjab. Anwar Ali has always been part of Minerva Punjab. He joined the Warriors, as they call themselves at the U13 Level and progressed to the U17 team before getting scouted and selected for the final-21 member squad of the FIFA U17 World Cup Squad. He showed extreme maturity, resolute and discipline at the back in the three games India played and was pegged as the next big defender in Indian Football. Anwar Ali played for Arrows in the I-League for couple of seasons on loan from Minerva Punjab and Mumbai City, a club to which he is supposed to return this season to get his maiden Indian Super League experience.

With the likes of Luican Goian leaving the team, the stage is set for Anwar Ali to cement his place in an ISL team line-up. His aerial prowess and robust standing tackles is surely one to look forward to.

Rahul KP is one of the most versatile players on the wings. He can play as a winger on both flanks and also as a fullback in both the flanks. If needed, the Kerala-based winger can also play as a makeshift forward. Rahul KP, just like the others made it to the final squad of the U17 World Cup with his versatile display in the years of training and tours under Nicolai Adams and Luis Norton de Matos. He scored his first ever professional goal against Shillong Lajong in a 3-0 win in the I-League. He even scored against the Mighty Mohun Bagan in Maidan. The most talked about goal from him is his extra-time goal against Mumbai City in the 2018 Super Cup Qualifiers where he lobbed a pass over a hapless Lucian Goian with sheer trickey and scored out of nowhere to get the lead for Arrows over the Islanders.

Now, being part of his home team, Kerala Blasters, Rahul KP will be one of the most exciting youngsters to look out for in the upcoming edition of the Indian Super League. He has pace, trickery and utility to prove a lethal weapon for Eelco Schattorie’s side who is historically known for utilizing the wings to create spaces behind the defence.