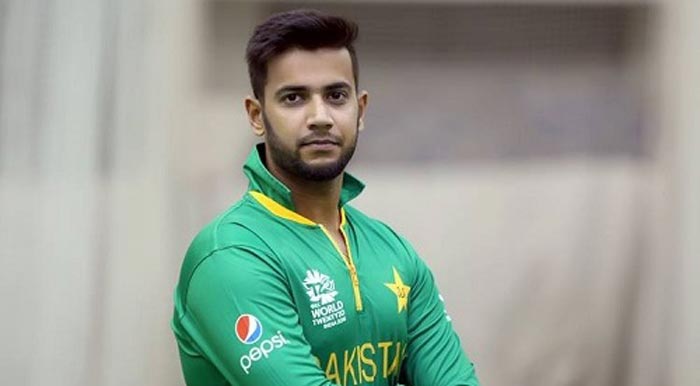 It is rightly said that fortune favors the brave. But no one has ever thought that the controversial 29 years old off spinner Karachite Syed Imad Wasim Haider would be so fortunate that he will be appointed as the Captain of Karachi Kings (a franchise of Pakistan Super League).

This decision has opened a new pandora box In the Pakistani cricket circuits as Pakistan Cricket Board has no valid reason to justify the stance. In this past this has happened many times that the Cricketers who have violated the disciplinary code of conduct have been fined, not only just fined but also given show cause notices and also punishments like suspension and match bans.

The decision against Umer Akmal, Penalty to Afridi, Suspension of M. Irfan and show-cause notices to many other cricketers in the past all ask PCB one question? What was so special and distance in case of Imad Waseem Haider? Why was no disciplinary action taken against him?

Suddenly pics and videos got viral on social media, firstly the face was not shown, and details were not shared on social media, and it got viral that Immad is involved in a relationship with an Afghani girl and he was unfaithful to her which hurt her to take the steps.

When she realized that no one is paying the attention, she has posted her pics and videos of immad Waseem with her. In a pic, Waseem can be seen close to her, and in a video, it is shown that Immad is walking to the hotel room and the girl is calling her, Immad Imaad while making the video.

Basically, the girl was Afghan born and Dutch national. So Shahid Afridi and other friends use to tease immad by calling him Afghan Jalebi (twisted sweet delicacy of Pakistan).

The girl claimed that she met Wasim in London and also claimed that the cricketer promised to marry her but then refused to acknowledge her later on. Imad, however, countered all allegations and cleared all the issue by sending a video msg while sitting in a car. But Still some Questions are unanswered. She Claimed “It was disturbing to hear that. We did spend time together. You can’t photoshop a video, and in the video, you can see clearly it’s him and me.”

She claimed that it had been months that she did not hear from Imad, saying, “I don’t mind that, but the way he did it is not okay. Because he made so many promises to me; I didn’t even ask for that kind of relationship.” The Dutch woman said that Imad told her that “‘I want to get married to you, but I want to see you first and want to spend some time with you. And I was fine with that'”.

Claiming that it was Imad who approached her, she said they met at the beginning of July, this year and then at the end of the month. The woman said that all she wanted from Imad was an apology for whatever happened.

After the controversy has found itself to be part of closed chapters of life. What happened next? Pakistan Super League, the Official T20 league of Pakistan, was announced to be played on Feb 22, and the most Astonishing thing was that despite of the presence of brilliance of  Shahid Khan Afridi, Imad (the controversy boy) had been appointed as the captain of Karachi Kings (Official Franchise of PSL). KARACHI KINGS! One of the well reputed and mostly watched franchises of HBL PSL couldn’t come unto the expectations of the crowed in the HBL PSL 2016 & HBL PSL 2017. In Pakistan Super League 2, the team was under amazing supervision of classical legend Kumar Sangakkara and somehow they reached the playoffs but failed badly.

After Sangakkara, the Management of Karachi Kings come to the conclusion to provide the opportunity to young sizzling all-rounder of Pakistani Imad Wasim. With the mutual understanding the entire committee and team management. Imad Wasim got the honor to be proud captain of Karachi Kings for Pakistan Super League (PSL) third edition HBL PSL 3 .

The announcement was made in a press conference on which was attended by the PSL franchise owner Salman Iqbal, president Shahid Afridi and the star players. Several celebrities and ex-cricketers also arrived at the media talk where the important  decision was announced. Talking to media, KK owner Salman Iqbal announced that the Street Kings Foundation would work with Shahid Afridi Foundation to identify and nurture the new talent. Born in 1988, Imad spent most of his initial cricketing days in Wales before returning home and playing Pakistan Under-19s. He made his T20I debut in 2015, and it took him just 25 matches to take 27 wickets with one five-wicket haul. He made his PSL debut in the first edition while playing for Karachi Kings. He has taken 12 wickets in 18 T20 matches while playing for the side. Kumar Sangakkara was the captain of KK in PSL 2017 which managed to finish third in the second edition of the T20 league. However, Shoaib Malik was KK skipper in PSL 2016, and the team had dropped out in the initial stages.

Let’s HEAR IT FROM THE CAPTAIN HIMSELF;

I am really excited and highly honored management for showing their trust in me and providing me the opportunity to prove myself. I am fully charged to lead KK to the victory stands. The best thing that happened to Pakistan cricket is that the Sarfaraz became Captain of Pakistani Team. In recent times I have learned a lot from him. He only gets angry when a player makes a mistake, but off the field or in the dressing room Sarfaraz is the friendliest person.” The left-arm spinner further said that since the two have been playing together from the start of their respective careers, there was no “rivalry or greed” for captaincy among them. Talking about the current national squad, Wasim said all the players were supportive of each other, and the “team has the best environment in the dressing room.

GOD KNOWS THE BEST, WHAT WAS BEHIND THE MYSTERY BUT THE HISTORY BOOKS WILL ALWAYS HAVING A QUESTION MARK AFTER THE SENTENCE THAT WHY WAS IMMAD NOT ACCUSED OF ANY DISCIPLINARY ACTION?

WAS THIS THE PERSONAL MATTER OF IMMAD WASEEM? BUT PERSONAL MATTER WAS ALSO OF THE UMER AKMAL AT THAT TIME, AS HE WAS JUST DANCING IN THE WEDDING OF HIS FRIEND. THEN WHY DO PCB HAS SUCH DOUBLE STANDARDS THAT;

1 PLAYER WAS BANNED FROM CRICKET, OTHER APPOINTED AS CAPTAIN OF THE BIGGEST FRENCHISE OF PAKISTANI NATIONAL LEAGUE.

Previous PostWhat’s a fitness holiday? Next Post  How to Choose the Best Table Tennis Racket?